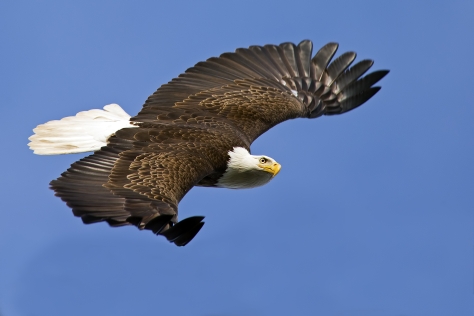 Yesterday was one of those breezy but glorious days. The high temperature was 62 degrees and the sky was full of big puffy clouds that occasionally blocked out the sun in the most breathtaking way. When I took Jazzmin out for our afternoon walk, I paused on the way back in the house to observe the way the wind was swirling the tall grass in the field behind my house into shimmering waves that seemed to breathe along with the breeze. The power and beauty of the wind is something I have always admired and it was extremely worthy of that admiration yesterday.

Around 4 p.m. I felt this inner tug and voice telling me that I needed to spend some time outside. Knowing better than to ignore such feelings, I decided to lay a blanket down in the lawn in front of my smaller storage shed and sit on it for a while enjoying the beauty of the day. I hooked Jazzmin to her tree lead within a few feet of my blanket and she set about busily sniffing away at squirrel trails. With my thick green comforter spread out on the ground, I then spread myself out on it and laid on my back feeling the warmth of the sun on my face. By that time, the temperature had dropped into the mid-50’s so I was wearing my sweatshirt, tank top and yoga pants. I was “sun bathing” completely clothed as it were and considering I’m not a big fan of tanning it worked fine for me.

I closed my eyes for a while feeling the warmth of the sun on my face and then eventually rolled over on my stomach to watch the huge cumulous clouds move over the back field like a thick, fluffy blanket. Dragonflies flew by periodically, I saw a few butterflies too, and amid the tall grass, I could see red – winged blackbirds, starlings and bobolinks flying up before disappearing back down into the grass. It was all so amazing and peaceful that I was glad I’d made the time to go out and enjoy it.

Another periodic visitor in my gaze were turkey vultures flying low over my house and then soaring up on the winds and out over the valley to the west. Eventually I decided to stand up and walk over to the western edge of my property so I could see where the turkey vultures were going. I was quite surprised to see at least 20 of the huge birds soaring at various heights over the properties down the hill from me. I surmised that there must have been appetizing roadkill somewhere down the road to attract so many of the scavengers. I understand that many people might find turkey vultures and the fact that they’re scavengers ugly, but I admire them for their huge wingspan, grace in the air and the essential role they play in the cycle of life. If we humans are going to keep hitting animals that try unsuccessfully to cross the road in front of our vehicles, the least we can do is show proper respect for the turkey vultures who clean up after our mess.

As I watched the large birds circle, I took a few pictures with my phone even though I knew they would just look like dark specks among the clouds. 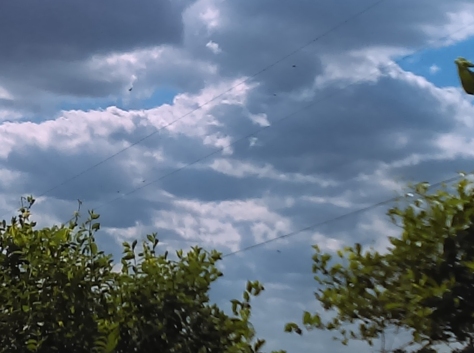 Those specks among the clouds are turkey vultures. Extremely zoomed in pic from my phone

I had just lowered my phone when I realized that one of the circling birds didn’t have the same shape as the turkey vultures. At first, I thought it was a hawk but then I saw that it was much too large. A moment later the sun came out from behind the latest swath of clouds and in the warm golden glow, I saw the white head and tail that revealed to me that I was looking at a bald eagle.

My heart swelled in joy at the sight of the bird and when it broke off from the turkey vultures and flew northeast temporarily disappearing beyond the canopy of my trees I walked quickly toward my driveway to try to catch another glimpse of it. I was therefore elated when I saw that the bald eagle had turned and was now flying directly over me as I stood in my driveway. Tears immediately flowed from my eyes as I saw the great bird closer and there was no denying those beautiful white head and tail feathers. I held my phone up to take a couple pictures and hoped I got something recognizable because I couldn’t see anything in my viewfinder due to the glare. 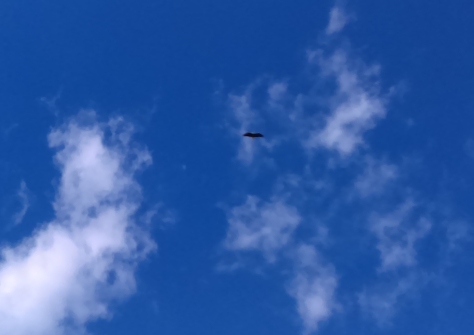 Another zoomed in pic. Bald eagle directly above me.

As I watched, the bald eagle flew gracefully from north to south over me as I stood in the driveway, then over my yard and into the field behind my house, eventually soaring beyond my sight over the southwestern line of trees. 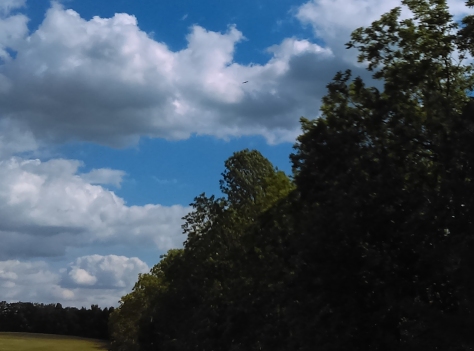 The small, dark speck is the bald eagle soaring over the southwestern trees.

The tears were still streaming down my cheeks because I felt so blessed by the visit of the great bird and its powerful spirit and I didn’t even bother to wipe them away. I let the tears dry on my face as I sat back down on my blanket, overcome with feelings of awe and amazement. My heart and spirit pulsed with gratitude that the universe had sent me such a powerful messenger. Aloud I thanked the Creator, Great Spirit and my father’s spirit for reminding me once again that I haven’t been forgotten and that even though I might not know what it is yet, that I have an amazing destiny ahead of me. I am eternally glad that I listened to that inner voice yesterday telling me that I needed to sit in the lawn for a bit to enjoy the day and witness the beauty in the breeze.